At BSI, with Francois Masson, you will especially rely on his Partner Aurélie Faure. Our commitment is to reply, with our team, within 24 hours and normally much less!

Who is François Masson? 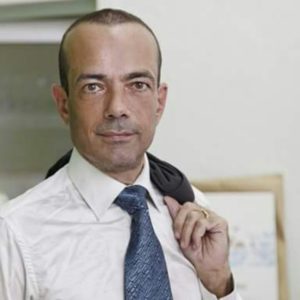 He integrates in 2001  AGF headquarter in Paris, in charge of “non-life strategy”, and then the Lebanese AGF subsidiary in Beirut,  as Head of non-life development. Theses years of practice allow him to visit and advise hundreds of companies to ensure them, to recrute and train many employees and agents, and to understand the “backstage” of insurance in terms of distribution, subscription, claims, reinsurance…

In 2010, after few years at Allianz Africa’s headquarter and two years as CEO of Allianz Benin (and, as such, administrator of Société Générale Benin), he quits Allianz Group to found “Bilan Santé International”. He is also a partner of Africa Brokers’ Company, an broker based in Cotonou, Benin. This complementarity between European insurance industry and CIMA zone is a strong plus in his technical profile.

François is also a “solidarity investor” in a program for young entrepreneurs in the “Collines” district, sponsored by the Picardy region and Swiss cooperation.

Who is Aurélie faure?

Aurélie Faure is graduate of Grenoble École de Management.  She then specialized into insurance and in particular those for expatriates. She joined his uncle in the family structure and became a Partner.  This complementarity as well as an original model of development on french and  CIMA  market rewarded BSI in 2013 with a “Trophy of  Insurance Brokers”.

Aurélie is in charge of the portofolio follow-up and the customer loyalty, as well as relationships with insurance companies. She will also be of good help for your investment plans (real estate with Pinel law…) : another form of foresight that we are able to offer, so as Life insurance in Luxembourg with our partner Allianz.