Who is François Masson ? 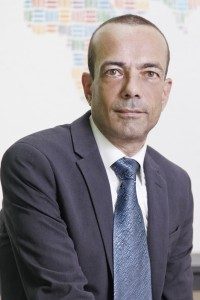 Once graduate from ESC Saint-Etienne, he joined AGF which became Allianz, in 1989 and has various functions in the Inspection agencies in France. He then joined management “Strategy casualty” of the AGF in Paris, then the Lebanon branch in 2001 at AGF Beirut where he serves as Director of non-life development. These years of practice allow him to advise hundreds of companies, train many collaborators and  understand the mysteries of insurance distribution, underwriting, compensation… In 2009, administrator and CEO of Allianz Benin (and as such also a member of board of Société Generale Benin), he left the Allianz Group to found ‘BSI’: an insurance brokerage company specialed in international helath insurance. François is also a partner in  Africa Brokers Company based in Cotonou, where he launched his “insurtech” : APS. This feature allows him to advise insurance companies and banks in CIMA area and different groups in France with subsidiaries abroad, particularly in Africa. He is also “social investor” in a program supporting young entrepreneurs in Benin.  insurtech! François Masson is till 2009 French Foreign Trade Advisor , Benin section.

Who is Aurélie Faure ?

Aurélie Faure, partner at BSI and co-managing director, graduated from ESC Grenoble. She then specialized in insurance and in particular those of the expatriates. She joined his uncle in the family structure and is now a partner of the company. This complementarity as well as an original model of development based on the french and CIMA areas rewarded BSI in 2013, with a “trophy of the brokerage of insurance”. Aurélie is in charge of the follow-up of the portfolio and the customer loyalty, as well as relationships with the companies. She will also be your contact for your real estate investments in France: another form of foresight that we are able to offer. 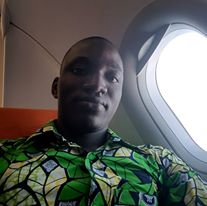 After brilliant studies in finance and insurance at the National School of Applied Economics and Management of the National University of Benin, Gillus joined BSI as a partner in 2018. Gillus is also President of APS Benin, our “assurtech ”  and first “association of insured” in Benin with BSI support.